PICWave is a unique simulation software that combines the accurate simulation of laser diodes & SOAs with the ability to simulate full PICs (Photonic Integrated Circuits).

Simulation of the sampled gratings

The gratings reflect the laser light back into the gain section for amplification. PICWave can be used to check the reflection spectrum from the gratings.

The above PICWave model simulates both the front and back gratings simultaneously. The results are shown in the figure below and are calculated after just a few seconds.

Simulation of the SG-DBR Laser

The above PICWave model includes the 4 parts of the DBR laser - the front and back grating, and the gain and phase sections in the center.

All sections are provided with an electrical current (yellow “I” symbol). However, in this simulation, only the front grating (left part) has a variable current that linearly increases from 2mA to 20mA in 20ns. This has the effect of changing the effective index of the front grating and therefore changes the reflected wavelengths.

PICWave calculates the output spectrum vs time in approx. 1 minute. The graph below shows the result.

It is easy to see that this laser has significant mode hopping - where the laser wavelength jumps approx. 8nm between different grating modes.

Also, note how the output power is variable due to the mode hopping.

However, if the current is varied in both gratings and also the phase section so that the refractive index throughout the whole laser changes uniformly, then it is possible to remove all mode hopping and the wavelength of the tunable laser can change continuously. 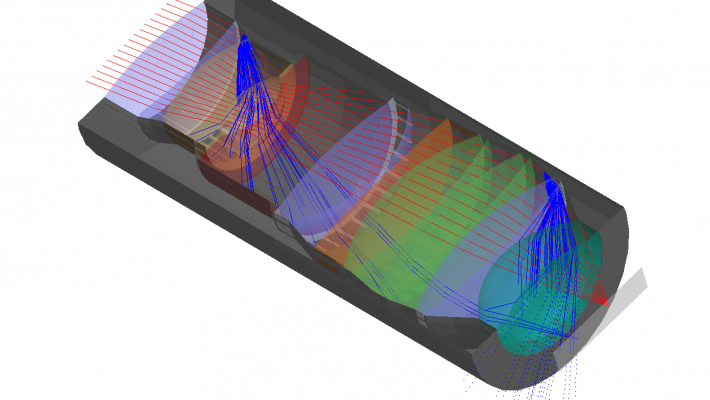 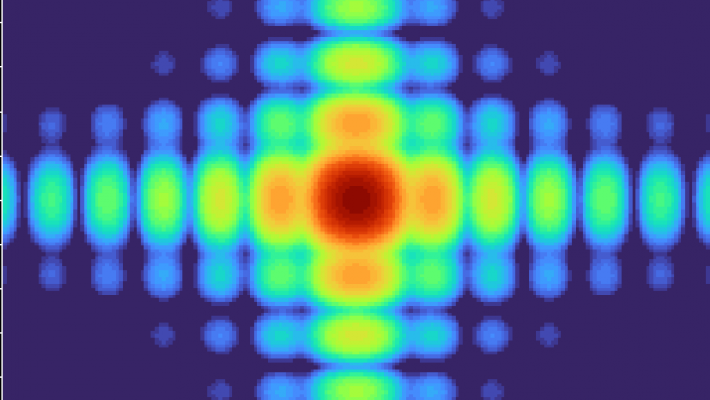